Kevin is the President, CEO and majority shareholder of CFI. He brings over 20 years of specialized corporate finance and executive management experience to the firm. Kevin joined CFI in the early 90's and subsequently pioneered the first non-bank asset-backed securitization of auto and lease financings funded by commercial paper in Canada. To date, CFI has originated more than $3 billion dollars in this asset class. Prior to his work with CFI, Kevin held a management position with Credit Lyonnais (a predecessor to Credit Agricole, one of the largest banks in France), which was one of Canada's most active foreign banking institutions at the time. During his tenure with Credit Lyonnais, Kevin oversaw specialized lending portfolios. Kevin is responsible for the day-to-day operations of CFI, which has over $1.25 billion in assets under management. He is also responsible for developing new business strategies, and managing long-term growth and development. Kevin holds a BSc and an MBA from Dalhousie University.

Chris brings over 35 years of domestic and international banking experience to the position of Executive Vice-President of CFI and President of CFI Capital Inc. He joined CFI in January of 1988. Chris is CFI's Infrastructure and Power project specialist and has been instrumental in the initial funding of several of Canada's leading hydroelectric development companies, many of which have gone on to become publicly listed entities, including: Algonquin Power and Utilities Corporation (TSX: "AQN"), Innergex Renewable Energy Inc. (TSX: "INE"), and Boralex Inc. (TSX: "BLX"). Prior to joining CFI, Chris was the Vice-President responsible for establishing the cross-Canada presence of Standard Chartered Bank. Also he held various managerial positions with the Canadian Imperial Bank of Commerce. Chris is an Independent Director of Algonquin Power & Utilities Corporation, a past Director of the Clean Energy BC, an Advisor to Hydrovision International, and a recognized speaker within the Hydro Electric Industry.

Rozmin has been with CFI and CFI related companies since 1999. Her career at CFI commenced as an analyst and over the past decade and a half has evolved to the position of Senior Vice-President.  As head of the securitization department her role entails setting direction for the portfolio growth, which at its peak was at $750 million and arranging funding for the portfolio both public and private.  In 2003, CFI Trust was the first non-bank financial institution to obtain a AAA rating from DBRS for its first public bond issue. In 2004, CFI launched the CFI Asset Trust extending it's funding from vehicles and light duty trucks to equipment and heavy trucks. Recently Rozmin has been charged with managing the operations of CFI's automotive group including Auto|One Leasing and Woodbine Nissan, with over 45 employees. In addition to her substantial experience and knowledge Rozmin brings passion, drive and focus to her job and her team.  Outside of CFI Rozmin is a longtime supporter of the Big Brother and Big Sister program that she has been a part of since 2004, participating as a mentor to her "little sister" for the past eight years. Rozmin has a MBA in finance from Saint Mary's University and a Bachelor in Commerce from Mumbai University, India.

Simon brings over 25 years of capital market experience to his position. He joined CFI in June of 2003. Prior to joining CFI, Simon was Vice-President of a large multi-national real estate advisory firm where he was responsible for structuring domestic and cross-border debt financing and private equity placements. Simon has also held senior positions at GE Capital and Bank of America. With over $1 billion in transaction experience, across all asset classes, in both domestic and foreign markets, Simon delivers high quality strategic advice and creative solutions to our clients. Recent transactions include credit tenant financing, sale-leasebacks and infrastructure project financing for non-profit and for-profit healthcare, energy, housing and transportation entities. Simon holds a BA in Business Administration from Concordia University and is a member of many professional infrastructure associations in Canada.

Paul brings over 25 years of experience in business development and finance, with a specialization in the North American energy sector. He joined CFI in 2010. Prior to joining CFI, Paul was Regional Manager for the Toronto office of Powerex, BC Hydro's marketing and trading subsidiary. The Toronto office was established to allow Powerex to better pursue niche opportunities in the east, including financial, term and structured energy products. In his capacity as Regional Manager, Paul introduced unique products such as PPAs for unit contingent nuclear energy, and transactions supported by credit default insurance. Paul's banking experience included the position Vice-President, Energy Group, BNP in which he played the role of primary contact to serve the varied needs of large, medium and small sized energy producers throughout Canada. Paul has been on the Conference Planning Committee for the Association of Power Producers of Ontario, and been an active member of various committees, groups, and panels for such organizations as the IESO, PJM and NEPOOL. He has been a presenter at such venues as the Conference Board of Canada, APPrO, and the Enerdata Power Fair. His diverse energy sector background gives him a unique perspective in advising CFI's customers on how to optimize the value of their assets. Paul holds a BSc. from McGill University and an MBA from University of Alberta. 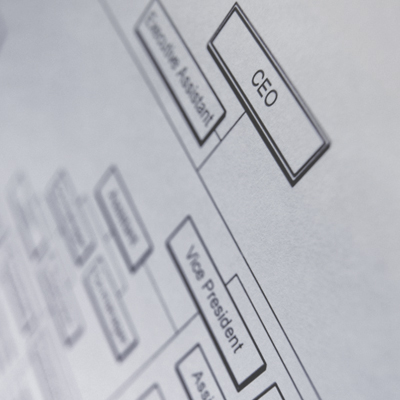